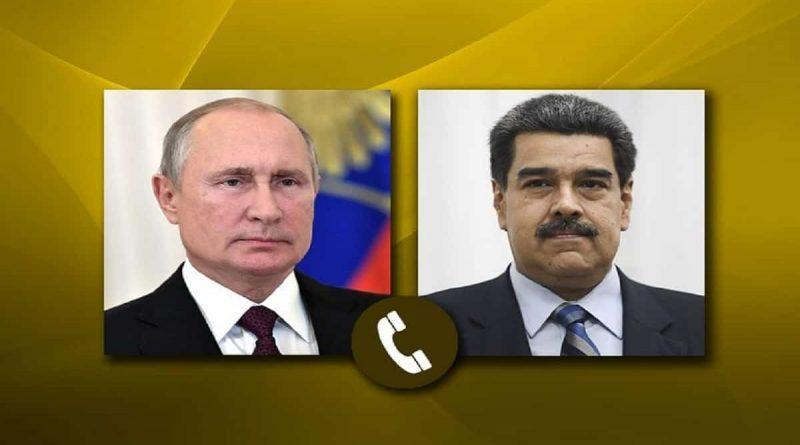 In conversation with his counterpart from the Russian Federation, Vladimir Putin, the constitutional president of the Republic of Venezuela, Nicolás Maduro, expressed strong support for Russia’s decisive actions in Ukraine and condemned the destabilizing activities of the United States and NATO in that region.

According to official information provided by the Kremlin press service, the telephone conversation between the heads of state was held at the initiative of the Venezuelan side, and during which the Venezuelan Head of State “expressed strong support for the decisive actions of Russia condemned the destabilizing activity of the United States and NATO and emphasized the importance of countering the campaign of lies and disinformation launched by Western countries”, reads the message.

Russian President Vladimir Putin shared with the Venezuelan president the assessments of the situation around Ukraine and stressed that the Russian military operation in that country is aimed at «protecting the civilian population of Donbas, getting Kiev to recognize the people’s republics of Donetsk and Luhansk and Russian sovereignty over Crimea; to achieve the demilitarization and denazification of the Ukrainian state and ensure its neutrality and denuclearization”.

The note adds that the two presidents discussed the future promotion of Russian-Venezuelan strategic cooperation and the implementation of joint projects.

Putin and Maduro also agreed to continue the exchange of delegations and maintain contacts at different levels. 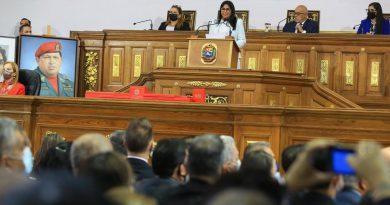 President Maduro authorizes export of up to 30% of Venezuelan products