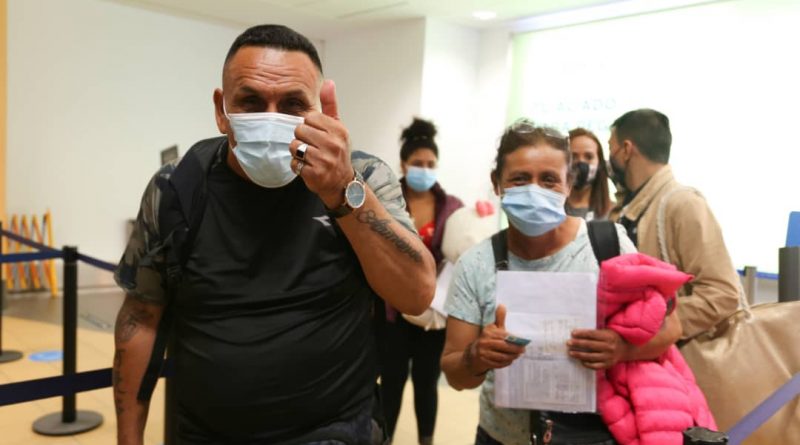 A total of 254 nationals from the Republic of Peru returned to Venezuelan soil in what was the second journey of the new phase of the Vuelta a la Patria (Return To the Homeland) Plan.

Aboard the Airbus A340-300 aircraft of the Venezuelan Consortium of Aeronautical Industries and Air Services S.A. (Conviasa) the compatriots returned to the Homeland to rediscover the lost dreams resulting from the different episodes of xenophobia, labor exploitation and medical neglect:

“We are sending 254 compatriots of our own free will to Venezuela, where they are going to reconnect with their country, with their families,” said the accredited Venezuelan ambassador to Peru, Alexander Yánez, from the Jorge Chávez International Airport in Lima, where he bid farewell to repatriated nationals.

In this sense, the diplomat assured that this group of Venezuelan men and women are returning in a dignified manner after various experiences in the sister country. «We have some cases of vulnerability,» he said about people with a special situation or a health problem that were included on this flight.

The aircraft arrived at the Maiquetía – Simón Bolívar International Airport at 11:00 p.m. (Venezuelan local time) this Wednesday, where the returnees were received by a medical team ready to carry out PCR tests, to rule out COVID -19, and a vaccination day, both actions free of charge.

Greidimar Doria, one of the beneficiaries on this day of the Vuelta a la Patria Plan, recounted her experience in Peru and expressed her desire to return to her country almost from the moment she left. «Thanks to this initiative we have been able to achieve our dream, which is to set foot on Venezuelan soil, for our son to grow up next to the family,» she said.

Although Doria must deal with the loss of her mother while she was in Peru, she returns «with all the spirit of making an effort and working for our country (…) We have quite a few acquaintances who want to return and we invite them to make all the effort and take advantage of this great opportunity they are offering us,” he said.

For his part, Venezuelan journalist Luis Rafael Martínez, who had been in Peru for more than three years, denounced that some local media promote xenophobia, causing some Peruvians to adopt this behavior, «but one marks distance,» he assured.

In this context, he emphasized that «it will be a great joy to meet again with my family, with my colleagues, who have been very attentive to what I have done here», and finally praised the work carried out by the diplomatic staff that made possible his return to the homeland.

FANB to conduct military exercises against threats of armed intervention

Maduro: In pandemic have been created 13,478 SMEs throughout the country