About 9,680 Communal Councils and Communes participated in the National Congress of Communes 2.0; They evaluated the actions to be taken to strengthen local organizations, as said on Wednesday President of the Bolivarian Republic of Venezuela, Nicolás Maduro.

The dignitary detailed that 698 proposals emerged. Also, more than 70 social movements and a total of 55,468 spokesmen and spokesmen joined the debates:

«We have to come from praxis to theory, from experience to deep praxis. If we need to build the future, let’s consolidate grassroots leadership (…). We have to build the moral and new strength of the homeland,» he said.

This Wednesday the Head of State led the closing of the congress; he took the opportunity to deliver to the president of the National Assembly (AN), Jorge Rodríguez, the first two drafts of the Law on People’s Power.

The National Congress of Communes 2.0, took place between last October 20 and this month of February through videoconferences due to the covid-19 pandemic.

Venezuela ratifies willingness to advance in its relations with Iran 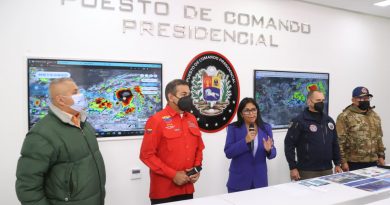 Announced ban on flights and departures for arrival of tropical cyclone

Know the announcements in economic matters decreed by the Bolivarian Government