The Minister of People’s Power for Habitat and Housing, Ildemaro Villarroel, announced that in the coming days will be delivered the house number 2,500,000 built by the Bolivarian Government, through the Great Mission Housing Venezuela (GMVV).

At the 46th meeting of the National Superior Body of Housing and Habitat, the minister also highlighted on Wednesday that resources were approved in the second half of this year, for an amount of 529 million Sovereign Bolivars, for the acquisition of construction inputs for the culmination of housings.

The head of the ministerial portfolio also emphasized the continuity of the Congress of Viviendo-Venezolanos (Housed-Venezuelans) and, in the same way, the training of the delegates so that they can be trained as popular comptrollers of the GMVV.

On the other hand, Villarroel added that this Tuesday he attended a meeting where all the ministerial directors of the country were present, where the evaluation of the results obtained this year of the GMVV was made and in which the planning for the year 2019 was shown.

The Great Mission Housing for Prosperity program was also evaluated, following the guidelines dictated by the President of the Republic, Nicolás Maduro, which will recognize the socio-evolutionary nature of the human being:

«The houses will be delivered with programs adjusted according to the evolution as a young person, adult and adult, families with a head of family, or two, and as a people», said the minister. The housing allocation mechanisms will be made formally through the Homeland Card, he said.

Almagro is reprimanded by Caricom against interventionist declarations towards Venezuela

Venezuela is in absolute peace and tranquility 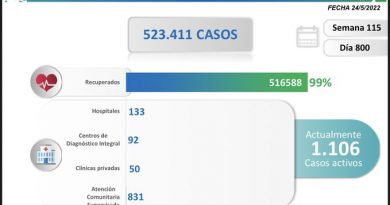 US launches plan to infiltrate «journalists and influencers» in Venezuela

Unasur highlights will of dialogue of President Nicolas Maduro

OPEC paved the way for stability in oil markets