The Minister of People’s Power for Petroleum, Manuel Quevedo, offered the simplification of procedures to foreign investors, in order to encourage their economic participation in Venezuelan territory.

It guarantees the «simplification of procedures, flexibility, investment facilities, legal security and incentive» in all productive sectors of the Venezuelan economy, «so that foreign investors, mainly Chinese businessmen, contribute to the development of our nation and expand its presence in the Venezuelan market», said Quevedo, during his participation on Saturday at the Business Forum and installation of the China-Venezuela Business Committee (CCPIT), instances that aim to strengthen investments and bilateral strategic alliances.

During the official visit of the Head of State, 28 agreements were signed in the areas of technology, education, industry, commerce, energy, culture, safety and health.

Relations between Venezuela and China date back to 1974, but it was in 1999 when Commander Hugo Chávez raised them to a strategic level, which allowed to advance in the development of large-scale projects. Currently, this relationship is based on principles of mutual respect, friendship and cooperation.

Alert! Know the Alcatraz Plan of the Voluntad Popular party 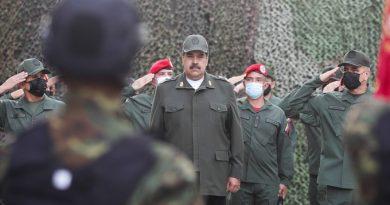 Maduro invites the people to elaborate the Homeland Plan 2019-2025