Alejandro Navarro, Chilean senator and international accompanist of the Presidential and regional legislative council elections, highlighted the awareness and participation of the Venezuelan people.

«I value that, despite the difficulties, the people voted with joy and that is an extraordinary citizen conscience. I do not know another people that in such a complex conjuncture can vote so massively», he said.

Navarro affirmed that Venezuela has the best constitution in the world and in Latin America, while criticizing the mistakes of the opposition leadership in the electoral route.

«You have a constitution that I would like for Chile, the best in Latin America, therefore it is an instrument that Venezuelans value (…) the responsibility or guilt for the opposition not to have an educated party is not of the Government, but it is a failure of the opposition itself», he added.

He denounced that there is a new offensive on the part of the empires of the world to destroy Governments.

«There is a new offensive that is a new condor plan to resolve and liquidate governments to dismiss presidents (…) Venezuela is a bastion of resistance against this counter-offensive (…) it is a task of world leadership that Nicolás Maduro has assumed and understood perfectly», he stressed.

The Chilean senator said that the Venezuelan electoral system is completely legitimate, universal and secret. 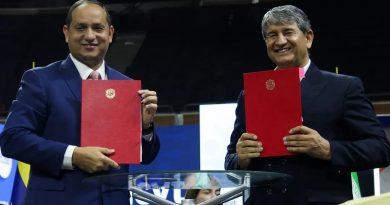 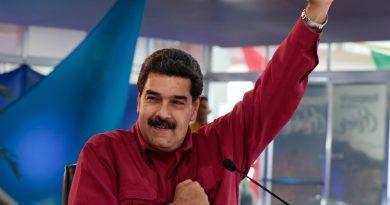 International politics! Venezuela will continue to promote unifying processes in the world

President Maduro: I express my absolute rejection of all forms of abuse against our children