The president of the Association of Colombians and Colombians in Venezuela, Juan Carlos Tanus, spoke in response to the deportation of 130 Venezuelans who were in the border city of Cúcuta, assuring that Colombian political factors would be behind this action in the face of the failure of the strategy of war against Venezuela.

«Understanding the dimension of what the Colombian oligarchy is emitting for the international community, it is not then in vain to point out that these last deportations have to do with the presence of political factors that in the face of the failure in the generation of a war policy and the dynamics of a military confrontation, they just end up applying this behavior from the media expression», agreed Tanus during an interview on the «Dando y Dando-Radio» (Taking and Giving-Radio) program, broadcast by RNV Informative channel.

He denounced the hostility campaign undertaken by Colombian media companies, citing the cases of RCN and Caracol, which dedicate several hours of their usual programming to the Venezuelan issue, spaces that are scheduled and paid for by Colombian companies.

The president of the Association of Colombians in Venezuela added that from these spaces is generating a «policy of hatred, disgust and hostility towards the Venezuelan brothers» to exacerbate the entire population. «The factors of power are racist and permanently apply xenophobia, not only in media expression but physically».

He also referred to the migration of Venezuelans to Colombian territory, assuring that the communication companies and the Colombian government lie when they say that there are 550,000 Venezuelans and 350,000 in irregular condition in Colombia.

«Of the 5,500,000 Colombians living in Venezuela, according to the International Organization of Migration (IOM), leaving Venezuela for Colombia, 76% of that population is born in Colombia with dual citizenship. That is why Colombia continues to lie against the issue of numbers. « 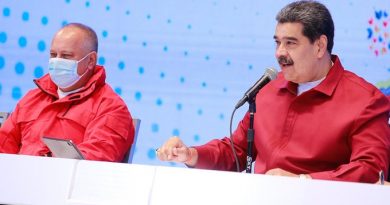 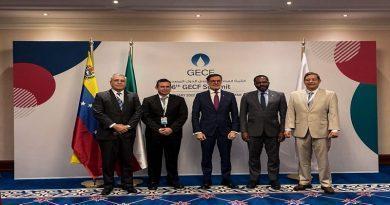