«Today, Chancellor Delcy Rodriguez was attacked by the Argentinean Government’s Police, she is seriously affected, possibly a fractured collarbone, she was thrown to the floor at the doors of the Argentinean Foreign Ministry.»
This was said by the Venezuelan Head of State, Nicolás Maduro, detailing that: «While she was entering, without the presence of any media, she was attacked by the security chiefs of the Argentinean Foreign Ministry, at the José de San Martín building.»
President Maduro said: «We have issued an energetic and total protest to the cowardice of the Argentinean Government against this dignified woman who represents the voice of the people of Simón Bolívar».
This was the case at the celebration of the 12 years of the creation of the Bolivarian Alliance for the Peoples of Our Americas – Trade Treaty of the Peoples (Alba-TCP), held at the Convention Center of Havana, Cuba.
«The violence of an intolerant ultra-right wing, which, instead of seeking to strengthen Mercosur as the social Mercosur of the peoples that we had already achieved, they have imposed a retrograde plan of destruction and division of Mercosur.»

JVR: A retired General takes part in coup plan to overthrow the Government

Maduro urged candidates to transform each region into economic power 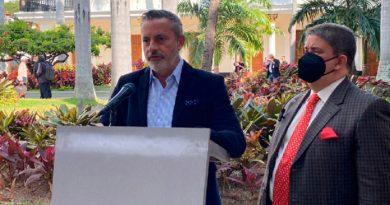 President Maduro will visit Russia in the coming days

Satellite Antonio José de Sucre will be launched next October 9

Spreading the truth! Communication Homeland Congress was held in Argentina