The Secretary General of the Organization of Petroleum Exporting Countries (OPEC), Mohammed Barkindo, arrived in Caracas early on Wednesday as part of the Venezuelan Government’s actions to stabilize crude oil prices.
The arrival of Barkindo was announced by the President Nicolás Maduro during the broadcast of his program «La Hora de la Salsa» (The Salsa Hour).
Maduro said they will hold a set of meetings to «continue working on the agreement to be signed between OPEC and non-OPEC producing countries by the end of this November.»
The Head of State said that they will carry out evaluations and joint calls to consolidate the new alliances with Russia, Oman, Azerbaijan, among others.
He indicated that with the signing of this agreement it will be possible to stabilize fuel prices in a «definitive» way to an acceptable and necessary value, which will allow the economic recovery of Venezuela during 2017 to continue guaranteeing the social policies of the Bolivarian Revolution.
In context
OPEC agreed production cuts in September in Algeria, for the first time since 2008, in an attempt to enliven the crude oil prices that have plunged in more than half in the last two years.
The ministers of OPEC will meet in Vienna next November 30 to decide on the policy of reduction and to finalize the pact. 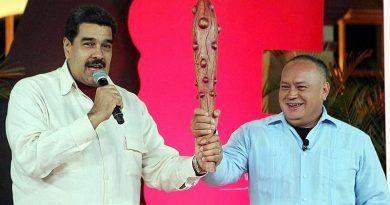 President Maduro: “Con el Mazo Dando” is at the vanguard in the defense of truth in Venezuela 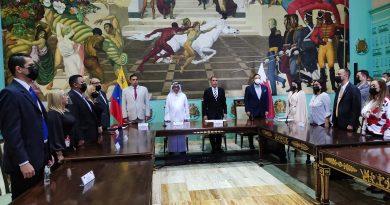 President Maduro: 214 years ago the Father of the Homeland swore to free our America from oppressive chains

Maduro committed to food safety of the Venezuelans