Jorge Rodriguez, leader of the United Socialist Party of Venezuela (PSUV), welcomed the statements by the Secretary General of the Democratic Unity Board (MUD), Jesus Torrealba, where he said that he will attend the dialogue with the National Government, whose first meeting is scheduled for Sunday, October 30 in Margarita Island.
«Today, in the afternoon hours, «Chuo» Torrealba gave statements on which he states that the opposition is willing to go to dialogue with the National Government, we salute that,» he said.
Ernesto Villegas P.
@VillegasPoljak
«In the end, rationality prevailed: @ChuoTorrealba confirms MUD will go to the dialogue in Margarita»
20:23 – 27 October 2016
During the «Política en el Diván» (Politics on the divan) program broadcast by Venezolana de Television, he pointed out that the right wing has been characterized by generating situations of violence on the streets and in social networks «They have been devoted to boycott, to torpedo the national dialogue» .
Despite statements by various members of the MUD, in recent days Torrealba attended a meeting with leaders of the Revolutionary Government, having as a response by the MUD an alleged disregard of what was agreed at the meeting.
«They were the ones who generated the stimulus response where everything that sounds as Chavista must generate anguish and hatred, with a racist and xenophobia response,» he said.

Venezuela denounces instigation and harassment by the US to break sovereignty 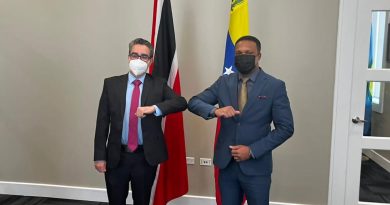