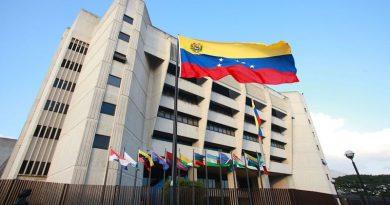 AN extends call for applications to the TSJ for 72 hours

President Maduro: In 2 years, Venezuela will have a completely recovered country

Russia bets for International Law on the situation of Venezuela

Ombudsman: Venezuela must resume the path of internal dialogue