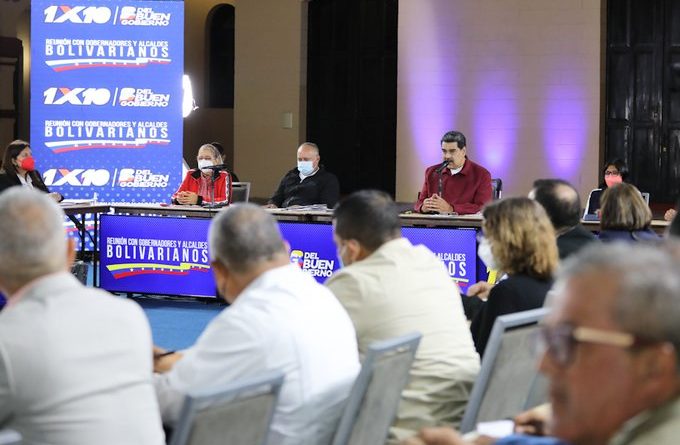 President Nicolás Maduro reported this Monday night that as of this Thursday, September 22, will begin the formal swearing-in of «thousands of street and community chiefs, elected by the people», in massive acts to be held throughout the country. length and width of the national territory.

From the Cuartel de la Montaña 4F (4F Mountain Barracks), in the 23 de Enero parish of Caracas, during an extended work meeting with the participation of the 19 Governors of the revolutionary forces, as well as the mayors of the capitals and main cities of the country, the Head of State explained that during these swearing-in sessions the new street chiefs «will receive orientations and will be given the updated manual on what collective management is like”, he specified.

In this regard, he emphasized that thanks to the organization and empowerment of popular cadres throughout the country, participation and direct democracy will be strengthened for the benefit of the people.

Total and free opening on the border with Colombia:

Likewise, and regarding the process of normalization of relations with the New Granadean nation, the Head of State pointed out that between Venezuela and Colombia «we must reach a total and free opening on the border» for the benefit of both nations.

He announced: «We are coordinating all the details so that this first step that we are going to take is an auspicious step to move towards a total, absolute and free opening of the entire border between Colombia and Venezuela”.

In economic matters, the national president announced the creation of a multidisciplinary commission, made up of the Executive Vice President, three governors and seven mayors, who will have the responsibility of presenting, in seven days, the final draft of the Law for Tax Harmonization, for construction of the new post oil rentier model.

He added that at the meeting with the regional and local leaders were reviewed specific issues of the work agenda of the Bolivarian Government: «We have carried out an evaluation of the projects of the Federal Council of Government for 2022 and what will be the map of works for 2023”, he said.

In this sense, he explained that through the 1×10 System of Good Governance, 68% of the denounces received through the VenApp regarding water have been addressed, and he urged local governments to continue joining efforts to meet the goal. set for the end of 2022 to reach 95% of provision of the water supply service.

“We have to be on top of problems to solve them,” he said.

Delcy Rodríguez: we acknowledge East Jerusalem as the capital of Palestine 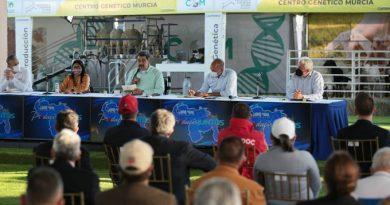 President Nicolás Maduro: The independence of this century is economic

Monetary reconversion will counteract attacks on the currency

Maduro: OLP will be more forceful in the fight against crime