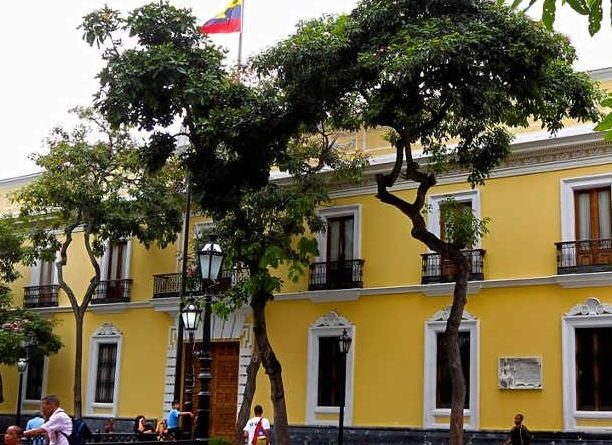 The Bolivarian Republic of Venezuela demands respect for the sovereignty of the People’s Republic of China and the «One China» policy, after the arrival of the Speaker of the United States House of Representatives (USA), Nancy Pelosi, in Taiwan.

Through the Twitter account of the Chancellory; Venezuela described this visit as “a direct provocation and (one that) seriously threatens the self-determination and territorial integrity of the Chinese giant.»

“The trip to Taiwan of the Speaker of the US House of Representatives, Nancy Pelosi, is a direct provocation and (it) seriously threatens the self-determination and territorial integrity of the Chinese giant. Venezuela recognizes «One China» and demands respect for its sovereignty”, expresses the Venezuelan Chancellory on the social network.

Pelosi arrived in Taiwan this Tuesday morning, despite the warnings made by the Chinese authorities; as part of a tour that she is making through different countries of the Asian continent.

Faced with this situation, China asserted that it will take the necessary measures to resolutely defend its national sovereignty and territorial integrity.

In a statement, the People’s Republic of China indicated that Pelosi’s visit represents «a serious violation of the One China principle,» as well as pointing out that the United States «seriously infringed China’s sovereignty and territorial integrity, (has) seriously undermined peace”. and the stability of the Taiwan Strait, and has sent a very wrong signal to secessionist forces for ‘Taiwan independence’.

On the other hand, the Chinese Ministry of Foreign Affairs summoned the United States ambassador to the Asian country, Nicholas Burns, after Pelosi’s arrival.

«Chinese Vice Foreign Minister Xie Feng has been authorized to urgently summon US Ambassador to China Burns to the Foreign Ministry, in order to express a strong protest to the US on behalf of the Government of China over the visit of the President’s of the US House of Representatives, Pelosi, to Taiwan”, as indicates a statement issued by the Chinese Chancellory.

Plan Vuelta a la Patria will bring 180 Venezuelans from Peru

Right-wing political leaders flee from one embassy to another

Maduro to the opposition: You are in time to stop the violence