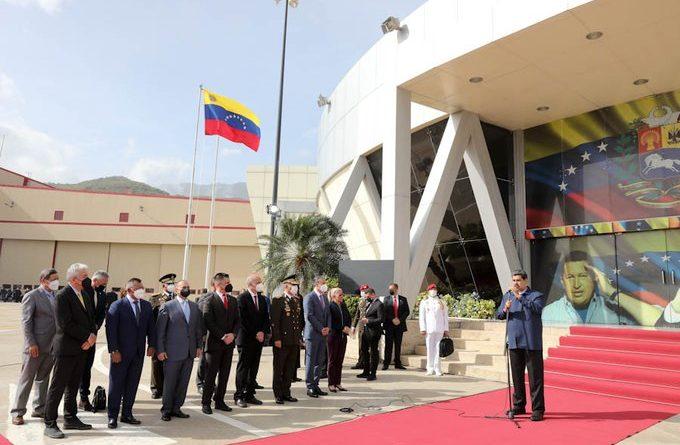 «A pluricentric and multipolar world has already emerged,» said President Nicolás Maduro this Saturday, from the Simón Bolívar International Airport in Maiquetía, after completing his Eurasian tour during which he fulfilled an official diplomatic agenda to Turkey, Algeria, Iran, Kuwait, Qatar and Arzebayan.

In making a brief assessment, he indicated that these six emerging nations have managed to work on key issues for mutual benefit together with these brotherly peoples:

In this context, he announced that “hundreds of young people will be sent to study in these countries in the areas of ​​science, technology, 21st century innovation, education, culture. (….) Venezuela is open to the world”, because young people from these nations will also come to train in the Bolivarian homeland.

Similarly, President Maduro ratified that it has been a tour that was made at the precise moment and that it has been victorious and successful: «Here we are standing, happy and ready to continue in the battle for our homeland”.

He announced that starting next week, meetings will be held in Caracas with the emissaries of the countries visited on this official tour, to advance specific investment agreements in gas, petrochemicals, oil and food production in the country.

He pointed out that will be generated innovative projects that will favor the export of Venezuelan products:

«We are going to assign, by country, an important area of ​​territory to produce food, which will be sold qualitatively to those countries (…) and we are going to sell them to the national market,» he said.

Venezuela suffered 4 months of violence aimed at overthrowing the Government 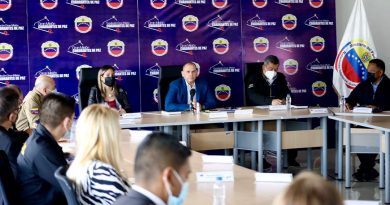 Ministry of the Interior, Justice and Peace promotes law projects to be presented to the AN

President Maduro: We continue the battle for the Homeland next to the working people