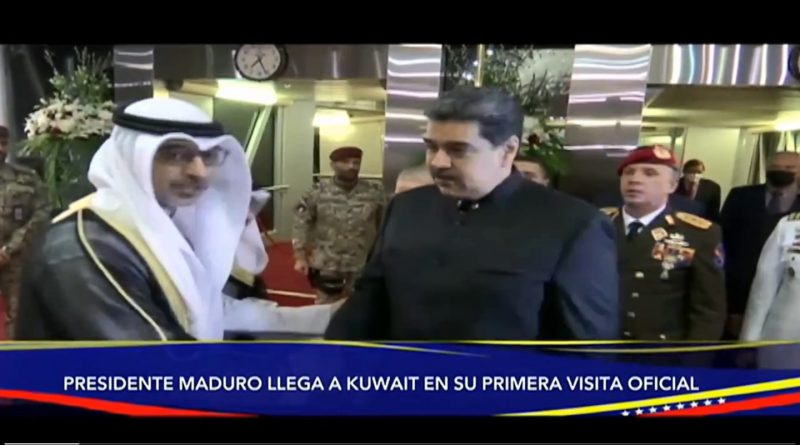 Within the framework of the Eurasian Tour, the President of the Bolivarian Republic of Venezuela, Nicolás Maduro, arrived on Monday, June 13, in the State of Kuwait, on his first official visit to the Arab nation, giving continuity to his international agenda of cooperation with allied countries.

The National President, Nicolas Maduro, together with the First Combatant woman, Cilia Flores and her official entourage, arrived at the Emir of Kuwait Airport, and was received by the Minister of Amiri Diwan Affairs of Kuwait, Sheikh Ali Al-Jarrah Al- Sabah.

The official visit of President Nicolás Maduro Moros comes to ratify that robust and solid map of cooperation and brotherhood created by the leader of the Bolivarian Revolution, this would be the fourth country that President Maduro visits on his tour, after starting on the 7th of June, in Turkey, Algeria and Iran.

Ended audit of software configuration in voting machines for DEC-9

Maduro: The real Venezuela does not appear in the news