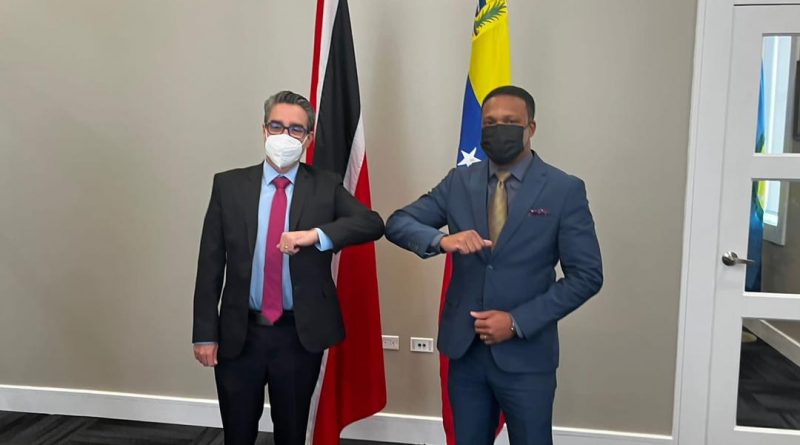 The ambassador of the Bolivarian Republic of Venezuela accredited in the Republic of Trinidad and Tobago, Álvaro Sánchez Cordero, began his work agenda to strengthen cooperative relations between both nations, through meetings with high authorities of the Caribbean State.

In the first place, the Venezuelan diplomat was received by the Trinidadian Chancellor, Amery Browne, who expressed his affection for the Bolivarian Government and people, ratifying the mutual support based on the fundamental principles of international law.

In this sense, Chancellor Browne reiterated Trinidad and Tobago’s support for Venezuela in all international forums, for which he made reference to the convening of the 9th Summit of the Americas, expressing his support for the countries that the United States intends to exclude. of the continental meeting.

On the other hand, he explained the importance for Trinidad and Tobago of working hand in hand with the Embassy and with the Venezuelan authorities in everything related to migration and security issues, which is why Chancellor Browne highlighted his willingness to continue advancing in everything concerning the well-being and security of both peoples.

In this way, he applauded the achievements that Venezuela has obtained through the Plan Vuelta a la Patria (Return to the Homeland Plan), and in particular praised the success of the operation carried out by sea in July 2021, with the return of more than 700 compatriots.

In energy matters, the Trinidadian diplomat expressed his country’s desire and commitment to reactivate energy cooperation with Venezuela. Similarly, he expressed the desire of his government to find formulas for the normalization of gas and oil supply worldwide, without ties or political blackmail.

In this context, the Venezuelan Ambassador held a meeting with the Minister of Energy and Minister in the office of the Prime Minister of Trinidad and Tobago, Stuart Young, who also conveyed a solid message of solidarity and unrestricted support to the Bolivarian people and Government.

He indicated that the Government of Trinidad and Tobago wishes to reactivate the energy cooperation agreements with Venezuela, to serve the South American nation as an exit platform to other parts of the world for its energy exports.

Young reported that he will soon travel to Venezuela to meet with authorities of the national Executive, including those responsible for the oil and energy areas.

The Trinidadian Minister of Energy ratified his country’s support for the right to self-determination, which they have made known, in a forceful way, to all the people in the United States with whom he has met.

Regarding the Summit of the Americas, he also expressed his disagreement with the exclusionary actions of States, which he described as illogical and contradictory with the spirit of the Summit.

Venezuela is an example of peace, self-determination and sovereignty 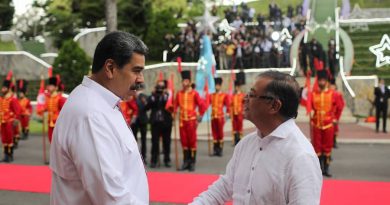 Minister Adán Chávez: The Cultural Revolution is the task