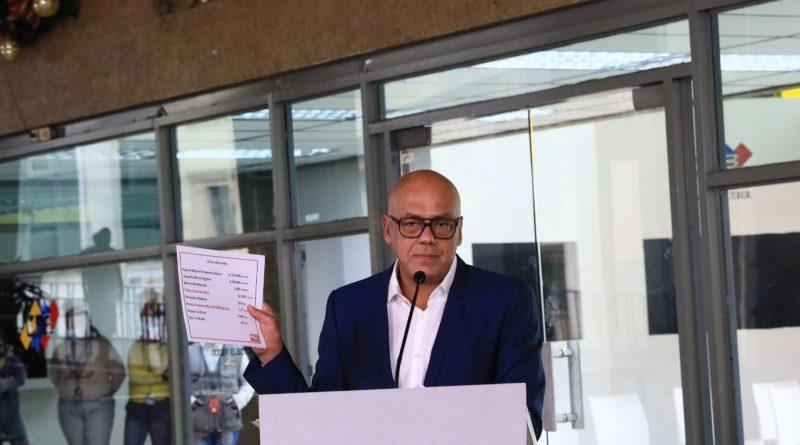 The 42,421 expressions of will collected this Wednesday, during the request process for a referendum to recall the mandate of the President of the Republic, Nicolás Maduro, and which was promoted by three political organizations, are equivalent to 35 signatures in each machine installed in the 1,200 reception centers.

This was revealed by Jorge Rodríguez, a member of the national leadership of the United Socialist Party of Venezuela (PSUV), who in a press conference at the CNE indicated that, in each hour, only 3 signatures were collected per machine.

According to the National Electoral Board, during the journey that lasted 12 hours, only 42,421 expressions of will were obtained, which represents only 1.01%. Consequently, no state achieved the required 20%, as established by the legal system that regulates it.

Rodríguez pointed out that in order to comply with the activation requirement of the revoking referendum of adding 4,231,846 signatures, the process of gathering of wills would had to be extended for a period of 101 days, which contravenes the rules of the process:

“It has been the most impoverished, the most desert expression that the political history of Venezuela has known”, he stressed.

The National Electoral Council (CNE) declared inadmissible the request for a revoking referendum of the mandate of the President of the Republic, Nicolás Maduro, which was promoted by the Venezuelan Movement for the Revoking (MOVER) and the adherent groups Todos Unidos por el Referendo Revocatorio, Derecha Democratica and the political organization MIN-Unidad.

This was reported by rector Tania D’Amelio, president of the National Electoral Board (JNE), who indicated that this decision is based on article 29 of the rules that govern the process, while noting that in this way the CNE declared without place a new request for a revoking referendum against the National President, as established in article 72 of the Bolivarian Constitution.

At a press conference, he pointed out that this Thursday the JNE presented for the consideration of the electoral entity’s board the report on the procedure for receiving expressions of will that took place this Wednesday, January 26, a journey that lasted 12 hours in 1,200 centers of reception.

During the journey, only 42,421 expressions of will were collected, which represents only 1.01% «therefore, no state achieved the required 20%, as established by the legal system that regulates it,» said the rector. 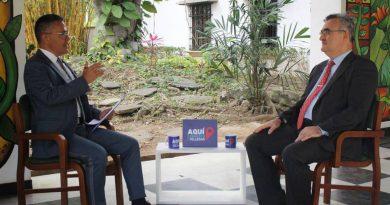 Russian Ambassador in Venezuela, during the “Aquí con Ernesto Villegas”program

Minimum salary is placed at 18,000 sovereign bolivars from January 15

COVID: Venezuela registers 265 new infections and a recovery rate of 95%