The Sectoral Vice President for Planning, Ricardo Menéndez, participated this Thursday morning in the Executive Meeting of the Board of Directors of the Regional Conference on Population and Development in Latin America and the Caribbean (ECLAC) in which was analyzed the social-demographic scenario of the countries in the region in the framework of the Covid-19 pandemic.

At the meeting, which was held through a videoconference, Menéndez stressed that the pandemic has exposed the deep inequalities and has demonstrated the structural problems that exist in the region and worldwide. Additionally, he argued that this eventuality has allowed us to see the strategic importance of the United Nations Sustainable Development Goals: «We cannot pretend that from the pandemic we will delay in time the achievement of the Sustainable Development Goals, it is the opposite, the pandemic what shows us is the urgency, the peremptory nature of accelerating the achievement of these objectives”.

The also the Minister for Planning, indicated that amidst the pandemic, several countries have suffered attacks on their economies through sanctions, unilateral and coercive measures, which in the case of Venezuela, has led to the need to reinforce direct transfers, from the economic point of view, the population to alleviate and confront what the coercive measures against our country mean. «In recent years, just to confront the coercive measures, we have had to withdraw resources that were destined for the Development Agenda for more than 25 billion dollars to carry out direct transfers from the point of view of the population.»

Likewise, Menéndez proposed to reinforce three themes for the future of this type of meeting: The supporting role of the United Nations and ECLAC in the countries’ public purchases; spatial strategies and productive sub-regions within the countries of the region; the strengthening, from the United Nations System, of sovereignty and national statistical and geographic systems.

Finally, the vice president assured that Venezuela has not abandoned its census round, which is why it is currently carrying out a high-impact self-registration mechanism throughout the nation. 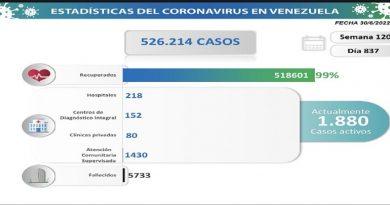