President Nicolás Maduro assured this Monday that the Bolivarian Revolution made visible the leading role of women in the independence struggle «which had been erased by national historiography.»

In the framework of the commemoration of the 200 years of the Liberation of Coro, the Head of State offered a message to the Nation in which he acknowledged the heroism of Josefa Camejo on the historic day of May 3, 1821, which was tributed with strength in the victory later registered at the Battle of Carabobo.

«Honor the patriotic women of yesterday and today, the indomitable spirit of Josefa Camejo and those who embodied her rebellion and her fervor, such as Ali Primera!» He emphasized.

In this regard, the national leader described as «a collective awakening», that sovereign decision of the people of Coro to break with Spanish domination and join the then Republic of Colombia in 1821

«Coro was the last province of Venezuela to free itself from the Spanish empire, but it was the first to declare itself a State of the Federation in 1859. Since then, Falcón has been a bastion of the Homeland and a quarry of free men and women,» he stressed.

In his message, he paid a special tribute to the heroine Josefa Camejo, who joined the defense of the patriotic cause when she was barely 20 years old, and whose value, said President Maduro, claimed by itself «the female participation in the War of Independence”.

«Thanks to her persuasive skills, Josefa Camejo was the coordinator of the insurgents of Coro with the command of the Liberation Army in a rigorously coordinated operation that would end with the expected tactical victory: the incorporation of the people of Coro into the Republic”, said Maduro. .

History records that during the early hours of May 3, 1821, the heroine Josefa Camejo led the military assault on the towns of Baraived and Pueblo Nuevo, in Paraguaná, an action that resulted in the accession of Coro to Colombia and the appointment of a provisional government.

Camejo was in Caracas during the events of April 19, 1810 and July 5, 1811. She carried out logistical tasks within the column led by General Rafael Urdaneta in 1814 after the fall of the Second Republic and stood out for his impeccable performance in intelligence tasks in favor of the emancipation of Venezuela.

President Maduro affirmed that May 3, 1821 was “a key date in the emancipatory route”, by allowing the accumulation of civil and military forces, promoted by the heroine Josefa Camejo, who coordinated the efforts of disillusioned royalists, population civil and the patriot division of General Rafael Urdaneta.

«The liberation of Coro was a collective awakening, a civic-military conspiracy led by the heroine Josefa Camejo and followed by a wide group of personalities, disillusioned royalist soldiers and the people of Coro in coordination with the Patriot Army,» he emphasized.

He also recalled that the liberation of Coro was one of the first actions ordered by the Liberator Simón Bolívar, when hostilities between patriots and royalists resumed on April 28, 1821.

Likewise, he evoked a passage from the proclamation issued by the Liberator on April 25, 1821, whose essence raises the morale of the patriotic troops, underlining that Bolívar understood that “with the independence of our people in arms, would give birth to a new State made of justice and humanism”.

«Bolívar knew that the great nation that was being born would enlighten the entire continent for its moral virtues”, he emphasized.

The proclamation of the independence of Coro materialized on May 3, 1821, under the leadership of Josefa Camejo. Urdaneta would enter the recently liberated province on May 11, appointing Colonel Juan Escalona as military governor, thus initiating the reorganization of the army to march towards Carora.

Bolivarian Government will partake in new round of dialogue for peace 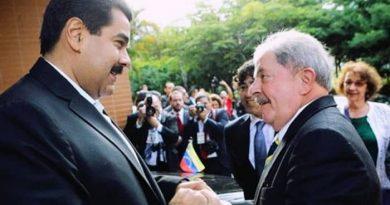 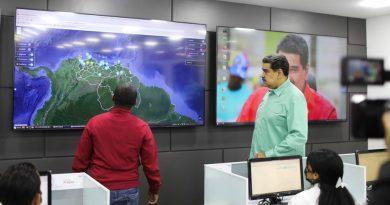