In order to develop the graft system of the Plan de la Patria (Homeland Plan) in the Commune, to strengthen the territorialization of the State, the Ministry of People’s Power for Planning held a Work Meeting with the Gual y España, Agroecológica El Gran Topo and Guaicamacuto Bicentenario El Limón-NuevoDía communes, on the Caracas-La Guaira Highway, this Thursday.

During his participation in this meeting, the sectoral vice president and minister of People’s Power for Planning, Ricardo Menéndez, highlighting the starring role of the people in the planning of the State, and asserted that «the Planning Councils of the Communes become the Territorial Units of Popular Planning (UTPP), to build the System of Plans of the Plan of the Homeland ”.

In this sense, he stressed that the UTPPs will monitor the Plan de la Patria 2019-2025, as well as “the Plans and Investment Systems; which corresponds to a critical route for solving problems such as: transportation, local production, services, communal gas, among others ”.

Likewise, the sectoral vice president for Planning reported that, throughout the country, 62 Corridors already have their Communal Homeland Plan; likewise, he announced that more than 1500 people have been trained in Local Planning.

Likewise, he assured that “the system of plans of the Homeland Plan assumes the entire process of gear from the Communal Council, the Commune, the scale of the city, to the sub-region, to the region as an integrated case until reaching the State- nation».

Finally, regarding the role of the Communes in the planning of the State, he stressed that «it is the backbone in the construction of the public policies of the Revolutionary Government of our country.»

The parliamentarian of the “El Gran Topo” Agroecological Commune, John Catellano, pointed out that “through the articulated work between the commune and the Ministry of People’s Power for Planning, guidelines will be issued to dynamize our projects, and from the UTPP they will map and systematize each one of the experiences in the territory ”.

For her part, Marberit Brito, community member of the Gual y España Commune, held the meeting spaces for training and articulation to support the formation of the UTPP, which «will allow progress in the organic, ordering and resolution processes of common problems Of the territory».

Finally, the parliamentarian of the Gual y España Commune, Alba Rojas, affirmed that «this meeting is part of the impulse for the creation of the UTPP, and therefore, the instances of what constitutes the communal government geared to specify the communal cities, framed in the Carabobo 200 Plan ”. 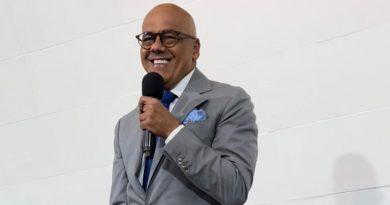 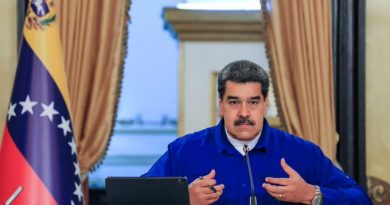 Head of State works to consolidate the country’s diversified economy

The support of Cuba to Venezuela will always be invariable

Pope Francis receives testimony about the effects of the economic blockade

CNE asks political organizations to respect rules during the campaign