The president of the Bolivarian Republic of Venezuela, Nicolás Maduro, asked the new deputies of the National Assembly that will be installed on January 5, 2021, to create the brigades 256 to identify the main problems of the population and give an immediate response .

During a meeting with the elected parliamentarians of the Great Patriotic Pole, the Head of State insisted that this new administration should focus its efforts on the People’s Power.

“Let us unite a single effort to attend and solve the problems that you have encountered in all the neighborhoods and in the entire people of Venezuela, make a map of needs, problems and solutions, establish lines of action, objectives and set goals and in This map will identify the main problems for January 5 to enter it with everything and in 200 days to be able to increase the response capacity and solve the problems that the people have today, I have called that idea 256, the brigade 256,” he said.

He urged the new deputies to work hand in hand with the National Executive.

AN must lead a process of deep Revolution:

President Maduro urged the new parliament to lead a transformation process to consolidate the foundations of the Bolivarian Revolution.

«We must establish a system of parliamentary operations, that you use the power that the internal regulations and debate give you to use all the resources of appearance, convocation, interpellation of the President and Ministers so that we are accountable and give solutions to the people who are on the street (…) The National Assembly must lead a process of profound revolution within the Revolution,” he said.

Agreements with China will increase logistics and production capacity of Venezuela 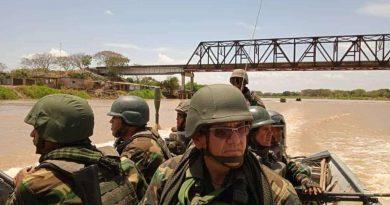 Bolivarian Government makes great efforts for the peace of Venezuela