The National Constituent Assembly (ANC) approved on Wednesday an agreement in solidarity with the peaceful struggle of the people of the United States that raises its voice against the exclusionary, discriminatory, fascist and racist system imposed by the plutocratic political elite of the North American government.

During a session held at the headquarters of the Federal Legislative Palace in Caracas, the plenipotentiary body expressed its support for the struggle of the people of the United States, who are in the streets demonstrating against a system that privileges the great powers, after the death of an African American man by the hands of the Minneapolis police.

In this sense, the ANC joins the call of the Alba-TCP countries to reject all forms of racism and discrimination:

«Considering that we have witnessed the consequent episodes of aggression due to racial discrimination in the United States, reflecting the validity of the country’s plutocratic system that has historically excluded and curtailed the fundamental human rights of the American people», indicates the text.

The constitutional agreement details that the internal situation of the United States accounts for the absolute immorality of the political elite of this country in the face of the Covid-19 pandemic that violates the human rights of its territory.

In the session, constituent Eglé Sánchez highlighted the struggles of Afro-descendants in the country, who have been made visible by Commander Chávez and the Government of President Nicolás Maduro:

«Let’s not stop acknowledging what President Chávez did for us Afro-descendants; we are grateful for life, for the president of our revolutionary process», she said.

In his speech, the sectoral vice president for Social and Territorial Development, Aristóbulo Istúriz, explained that in Latin America there are 150 million people of African descent.

«Today the Afros are unified in the social movements, progressive currents, and together with sovereign governments, the correlation of social forces on the continent is changing», he said.

In this sense, he condemned the violation of human rights, and demanded «the cessation of the police repression ordered by the US government against Afro-descendants, we express all solidarity with the African-American people who today fight against fascism», said Istúriz.

Maduro: Mandela is universal reference of equality for the peoples of the world 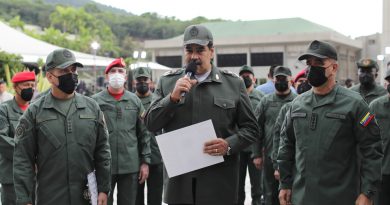 President Maduro celebrated Day of Youth with the Homeland Youth 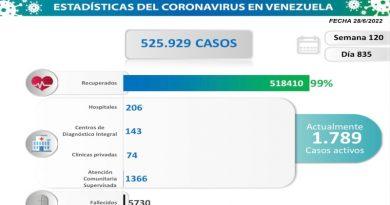 Padrino López: FANB produces solutions for all problems from the highest levels