Last November 1st, the Sectoral Vice President for Communication, Culture and Tourism, Jorge Rodríguez, posted on his Twitter account, the following message: “Thanks to the deep intelligence work of several weeks, we reported the capture of drug trafficker Argenis Vaca, aka“ Vaquita ”, of the Los Rastrojos paramilitary group”.
Vaquita had as its main duty in the Colombian-Venezuelan border to carry out extortion, abuse, charge of protection fees, kidnapping, and transfer of money from drug trafficking, smuggling, extortion and kidnapping.
The capture of this dangerous narco-paramilitary is directly related to what the vice president of Communication, Culture and Tourism, Jorge Rodríguez, called «the Rastrojero cycle»; that is, the complicity link between Juan Guaidó and one of the most dangerous criminal groups in Colombia.
A.K.A. «Vaquita», during an interrogation with the Bolivarian Intelligence Service (Sebin) betrayed paramilitary «Patron Pobre», and said how this had to do with the entire process of Juan Guaidó’s transfer to Colombia.
With the testimony of «Nandito» and «Vaquita», it became clear that Los Rastrojos were responsible for the transfer of Guaidó, from the city of Mérida to the port of Santander in Colombia and there they delivered him to the authorities of the Colombian regime where he would meet Iván Duque .
Argenis Vaca «Vaquita» points out in part of his testimony everything planned by the self-proclaimed deputy Juan Guaidó with a.k.a. «El Brother», to harm vulnerable populations in the Colombian-Venezuelan border.
“Juan Guaidó has a lot to answer and he has to stop babbling, because Venezuela wants to know how far his level of stupidity and its evil goes», said the Sectoral Vice President for Communication, Culture and Tourism, Jorge Rodríguez. 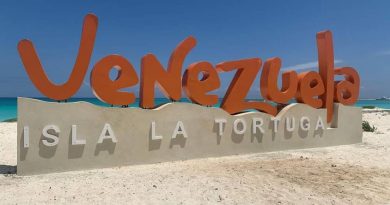 Diosdado Cabello: USA is behind the plans to take over TeleSur

Venezuela prepare to meet commitments with holders of PDVSA bonds

Venezuela denounces attack on statue of the Liberator in Madrid