The President of the Bolivarian Republic of Venezuela, Nicolás Maduro, called on Wednesday to the working class to a Constituent Congress, with the aim of seeking actions and defining the terms that will ensure the economic recovery of the country:

«I call on the entire working class to a Constituent Congress, of health workers, the metro, education, industries, public administration (…) to all workers in Venezuela», he said during a meeting with the members of different unions, at Miraflores Palace.

He emphasized that from this congress, which should be held in the upcoming 15 days, concrete proposals must be made to create the path of economic growth and stability, within the framework of economic recovery and according to the 9 lines of economic development.

He pointed out that the working class must be the real engine from the productive councils, from a productive revolution that stabilizes the country and places it on the path of prosperity and economic happiness that the people deserves.

He added that in the new economic program, work is the central axis: «The recovery must have an objective, all the wealth of the country put at the service so that the worker, the Venezuelan family, has a salary and an income that allows him to live and develop his life with tranquility and happiness», he said.

Maduro: To those who celebrate death, death will celebrate them 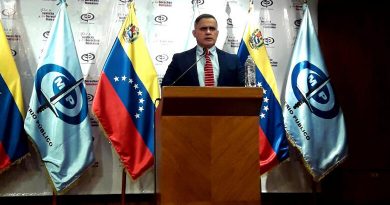 National Government exempts from taxes for one year those who bring capital goods, raw materials, inputs and agricultural inputs

Reopened crossing of the Colombian-Venezuelan border this Saturday